ShareTweetGooglePinterestMail
I hope you had fun playing along with our 2 truths and a Lie Blog Hop.
Big thanks to my friend, Kelly, at Speech2U for making it happen and for inviting me!
Did you spot my fib?
A. While filming the movie Breaking Dawn here in the Baton Rouge area, I hit the jackpot and got to meet the crew of Cullen vampires including Robert Pattinson!!

Breaking Dawn did film here in Baton Rouge, and the Cullen vampires were seen gallivanting all over the city.  Although a few of my friends did actually score some vampire sightings (and hugs!)from Renesmee, Emmett, Jasper, Carlisle, Alice, etc.,  I was not one of the lucky ones. 🙁  No one I knew hit the jackpot with any Edward, Jacob or Bella sightings. What a bummer.  Still, while they were in town, it was thrilling to think I could… perhaps…just maybe…randomly run into them at the local Starbucks or Whole Foods. 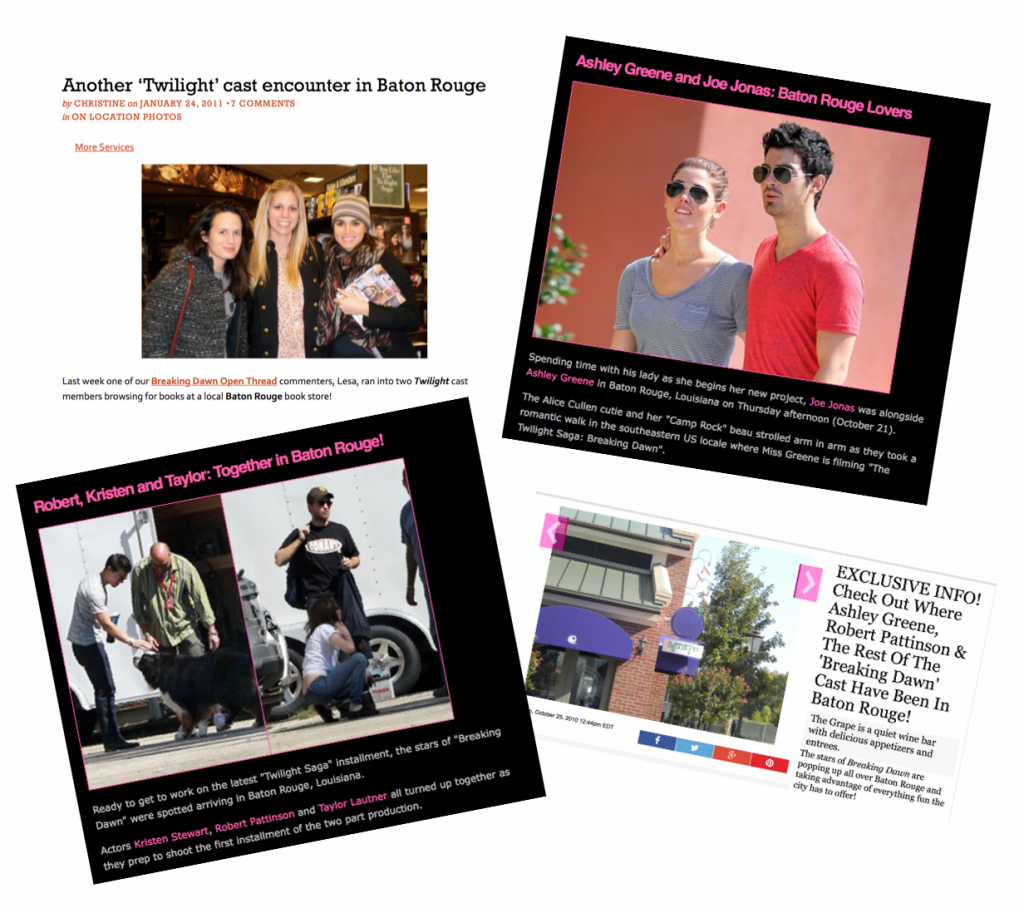 B. For as long as I can remember, I have had a life altering phobia of frogs. Just typing the word gives me the heebie-jeebies!

I don’t know how or when it started, but I really do have a serious phobia of frogs ~ little green ones, squishy toads, and of course the grotesque monster bullfrogs!  I know, I know….they can’t hurt me. Some lunatics even tell me they’re cute. (GAH!)  It doesn’t matter how harmless they are. To me, they are pure horror.  Even worse, living in south Louisiana, they’re pretty hard to escape. I swear, they’re everywhere!!! Not to mention, they haunt me in my dreams, too! For a while as a teenager, I quit going out after dark (the froggie hours)due to pure fear.  When my Honors Biology teacher whipped out the jars of formaldehyde with frogs floating in them, I went into complete hysteria, fetal position and all.  Needless to say, I was excused. As the phobia persisted in interfering with my life, my mom sent me to a therapist. In fact, on my second date – with my now husband – I had to leave early, “Uhhh, sorry I have to go. I have an appointment with my shrink so he can fix my fear of frogs.”  Lucky for me that didn’t scare him away.  Even now, my sons and husband are forever on the look out for the green nasties.  Frogs may have even prevented me from becoming an SLP.  Knowing I wanted to be a speech therapist (and also knowing that I couldn’t be if I had to take Biology and dissect a frog) I requested a catalog from the Louisiana universities to see if Biology was required for my major.  Fortunately, at a few universities, it was not! Whew.  The fear lives on… ie. the therapy was a massive failure. I can’t even look at picture of the little devils.  My speech room is a no frog zone– that includes storybooks.

C. Country star Hunter Hayes is a family friend, and we even received an invitation to his high school graduation!

Being from a small town hailed as the Cajun Music Capital of the World, just a hop, skip and jump from Hunter Hayes’ hometown of Breaux Bridge, Hunter was a regular in our town. Did you know he started out playing the Cajun accordion and only later learned to play guitar?  In fact, he was a bit of a child prodigy in our neck of the woods.  Since my dad coordinated our town’s parades, he would often call Hunter’s Dad to have him come to town to be the Grand Marshall of our little parades.  A relationship was born. Back then, Hunter was just a cute kid to me, albeit full of talent. WOW! He really hit the big time now, but his family is so gown to Earth.  We even received graduation announcement from him when he got his high school diploma in Nashville. My dad is still convinced he can pick up the phone and ask Hunter to come play in my small hometown of 3,000.  Check out this old signed autograph that still hangs in my Dad’s store. 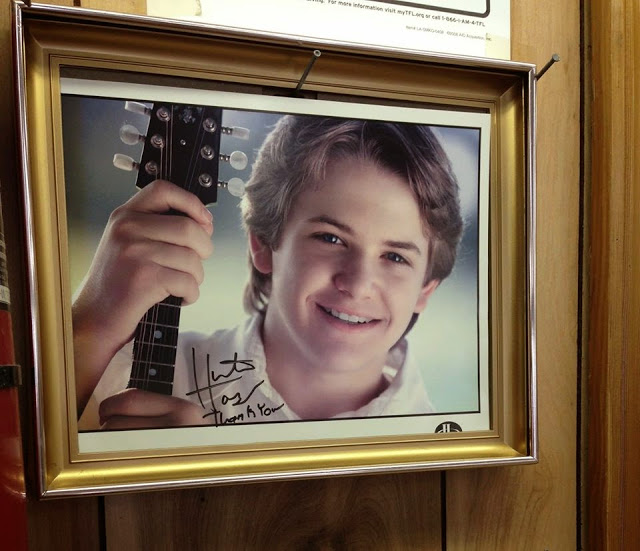 Did you guess it??
Sorry about the whole lying to you thing 🙂
Hope you had as much fun reading the truths (and lies) as I did!